Choose Your City to Begin

Just One Call Away

Scroll To See Our Services

Highly affordable and professionally done Real Estate Photography. Book now and we will have the job done for your listings within 24h!

High-quality floor plans for every real estate listing, no matter the property type. Book now and we will have the job done for your listings within 24h!

Be a star in your very own Real Estate Agent Introduction Video. Book now to deliver your specially crafted message and make an impression that will last.

All footage is shot and edited with utmost care. Book one today to tell the world that you are an agent who values sophistication and class!

The Next-gen Real Estate photography! Let busy home buyers view a 360 Virtual Tour of your listings online at anytime on all kinds of devices.

An affordable alternative to the costly traditional Agent Websites! Set it up easily and use it to showcase your real-estate portfolio and client testimonials.

Easy and affordable interactive 3D models allow your potential buyers to move through the property as if they were actually there!

Combine your 360 Virtual Tour and Floor Plan into one convenient package! Guaranteed quality and precision in measurements and in design.

See More
Or Tailor Made Bundles
Save time and money by booking all the services at once, from our tailored suites

Book from us today

Roomvu Store is a professional real estate marketing platform built specifically with agents' listing needs in mind. Our goal is to leverage technology to make high-quality marketing services more affordable for all real estate agents across Canada and The United States.

trusted by agents from

Toronto Toronto, capital of Ontario province, is Canada’s largest city, with a land area, spread over 630 square kilometers. It forms as the core of the Greater Toronto Area (GTA) encompassing Oakville and Mississauga to the west as well as Ajax, Pickering, and Whitby to the east. The city of Toronto incorporates six boroughs—Etobicoke, York, North York, East York, Scarborough, and Toronto. Lake Ontario borders Toronto to the south. The city mostly spreads flat with gentle hills and land sloping upward gradually from the lake. A ravine system weaves rivers and creeks within Toronto’s acreage. This system formed as the backbone for parklands and recreational trails that the city has established. The Humber River meandering in the west end is the most notable amongst Toronto’s waterways. Another standout comes in the Don River flowing along the opposite ends of Toronto Harbor east of downtown. Then, there’s also the Rogue River which dominates the eastern city limits of Toronto. The Economic Intelligence Unit has ranked Toronto as the third most livable city in North America and seventh in the world. The criteria of this ranking include stability, healthcare, education and infrastructure, and culture and environment, Besides holding the crown as Canada’s largest city, Toronto is also the most populous and the most diverse in the country. The population of Toronto as of 2016 totaled 2.73 million, nearly half of which were foreign-born. It was upon its rich population mix that the city adopted its motto “Diversity our strength.” Given its cultural diversity, Toronto offers wide-ranging amenities and points of interest. Toronto has also grown as a leading tourist destination in Canada, attracting 43.7 million visitors in 2017. The tourist draws of the city come in a dynamic mix ranging from galleries and museums to the world-famous CN Tower and the offshore Toronto Islands. Niagara Falls is also easily accessible from the city, underscoring the dynamism and potential within the Greater Toronto Area which covers 7,125 square kilometers and provides home to nearly 6 million residents as of 2016. Aside from the Niagara escarpment bordering this area to the west and Lake Ontario to the south, Kawartha Lakes is to the east of the GTA region and Lake Simcoe to its north. The bodies of water around the region partially moderate its climate, and Toronto likewise notably counts amongst Canadian cities with warmer winters. Also quite conducive to the quality of living in the area, the greater Toronto region retains forests and farmlands amongst its distinctive geographical features. Most of GTA’s urban areas, in fact, are hosts to vast urban forest areas designated as parklands. Scarborough, one of Toronto’s suburban districts, is home to the Rouge National Urban Park, one of Canada’s largest nature parks within a metropolitan area. Current market indicators favor buying residential properties in Greater Toronto, as what could be derived from recent findings of data science team Roomvu. For instance, this team’s June 2019 research indicates a buyer’s market in the Toronto region, with the double-percentage differences in the sales-to-list-price comparison of the three residential types indicated in Figure 1 below. Figure 1 Based on the June statistics cited in the above figure, the list prices of detached houses on the market averaged $1.18 million. Buyers, on the other hand, paid an average sale price of $990,000, representing a 15.8 percent gap from the sellers’ price quotes. The same trend holds true for condos and townhouses, as well as apartments. Sellers of townhouses quoted an average list price of $750,000, while buyers shelled out an average of $650,000 that in effect represented a 13.7 discount. The pattern for apartments showed list prices averaging $640,000, which when matched with the average sale price of $570,000 in June showed a price gap equivalent to 10.8 percent. Figure 2 Comparing average sale prices posted in 2018 and 2019 (Figure 2), further affirms that the GTA’s residential property market remains quite volatile. It shows here that the average sale prices registered during those two years are a mixed lot: down for detached houses but up for townhouses and apartments. It is significant to note, however, that the changes in the 2018 and 2019 average sale prices in the Greater Toronto Area was just at a marginal pace as compared to the market in Vancouver where the price movements, either way, were much, much sharper. This is especially true for the average sales prices of detached houses in GTA which were nearly at the same level in 2018 and 2019. Figure 3 Roomvu likewise examined days on market (DOM) in the Greater Toronto Area and found a market delightful both for sellers and buyers of all residential types in the region (Figure 3). The June 2019 DOM overall remarkably remained at the fast clip of just 3 weeks (21 days) that was experienced a year earlier. For detached houses, the number of days from the date of the market listing up to the sale closing was at a steady 23 days in both the comparable months. Condos and townhouses were sold even faster at less than three weeks—20 days in 2019, down from 22 days the previous year. Apartments sold quickly as well with 20 DOM posted for these housing units, only a day over the 19 DOM seen in 2018. 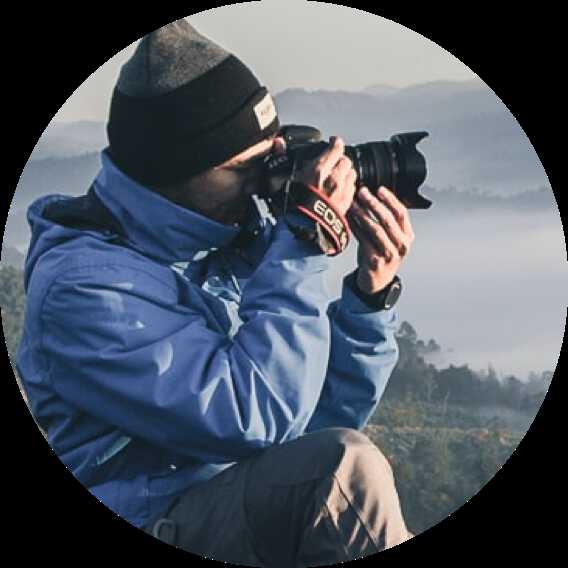 Mark Di Santo is an experienced and award winning photographer here in Toronto area. Mark Di Santo has done many real estate photography related services with an average rating of 4.9. 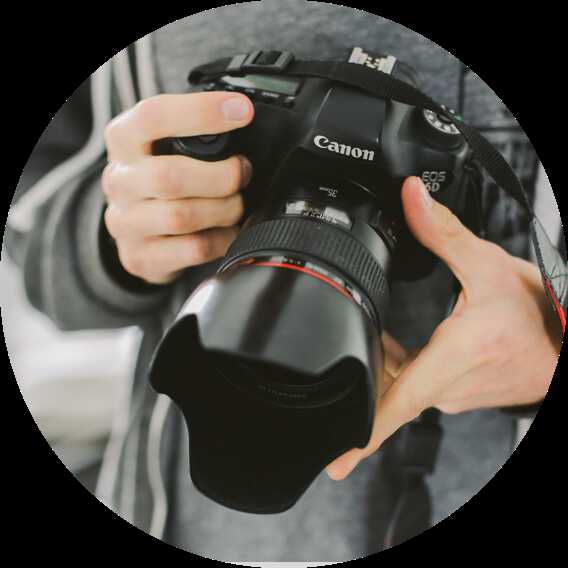 Vivek Wu is an experienced and award winning photographer here in Toronto area. Vivek Wu has done many real estate photography related services with an average rating of 4.6. 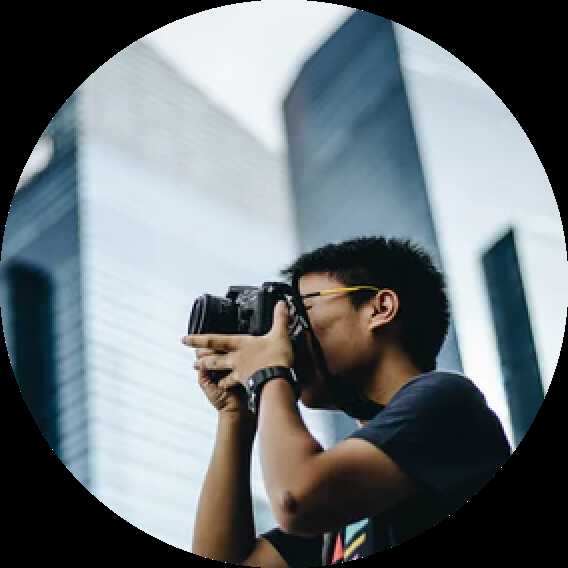 Ron Schuster is an experienced and award winning photographer here in Toronto area. Ron Schuster has done many real estate photography related services with an average rating of 4.5. 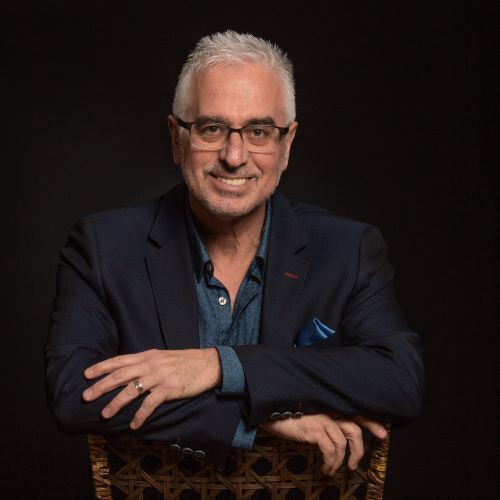 Vince Aragona launched HomeVisualArts with a passion to improve real estate marketing for both agents and home buyers. Vince believes that agents benefit from working with a true marketing partner and buyers can make informed buying decisions based on better representation of properties, through quality photography, videos, 360-degree virtual tours and accurate floorplans with room measurements. Vince’s photography expertise spans across a range of commercial photography and includes extensive experience as an architectural photographer. Vince held a successful solo art gallery show of his architecture photography and ensures the same passion and attention to detail that led to the gallery show is applied to the work performed by HomeVisualArts.